Founded in 2000 and managed by the IEB, the Omora Foundation and the Universidad de Magallanes, the Omora Ethnobotanical Park is a privately owned protected site covering an area of 1,000 hectares. The name Omora means hummingbird in the language of the Yaghan, a nomadic people from the extreme South of Chile who see this bird as a deity. The primary ecosystem found within the park is the sub-Antarctic temperate forest, the world’s southernmost forest, but it also encompasses deciduous forests of Antarctic beech (Nothofagus antarctica) and lenga (Nothofagus pumilio), evergreen forests of Magellan’s beech (Nothofagus betuloides), canelo (Drimys winteri) and Chilean firebush (Embothrium coccineum), high-Andean and peatland areas, abandoned beaver territories, and the Róbalo river basin, a vital source of fresh water for the city of Puerto Williams which is situated around 3 km from the park. These environments represent the diverse range of Navarino Island’s continental ecosystems. Common native species can be found here, including the Magellanic woodpecker (Campephilus magellanicus), the thorn-tailed rayadito (Aphrastura spinicauda), the white-crested elaenia (Elaenia albiceps), the lenga (Nothofagus pumilio), the Antarctic beech (Nothofagus antarctica) and a large variety of bryophytes and lichens such as the Lepyrodon lagurus moss which is commonly found on the trunks of trees around the park, the old man’s beard lichens (Usnea spp) and Cladonia spp.

The Omora Park’s research program is led by ecologists and environmental philosophers who have developed a research methodology called Field Environmental Philosophy. The program’s research is divided into three areas:

This research program has been under way since 2000 and its objective is the long-term monitoring and study of the general ecology of sub-Antarctic forest birds, including aspects such as assemblages, morphometrics, parasites, philopatry, seasonal patterns, relationships with habitats, and the impact of tourism. Monitoring involves a ringing scheme, the study of the migration routes of forest-dwelling passerine birds – particularly the white-crested elaenia (Elaenia albiceps) – using geolocators, and the study of the home range of the Magellanic woodpecker (Campephilus magellanicus) using telemetry on Navarino Island. This kind of long-term monitoring allows us to detect changes in bird communities and populations, and to study the effects of global climate change and invasive species.

This research program focuses on the study of the ecology and physiology of freshwater invertebrates, their phenology, and their distribution across altitudinal and latitudinal gradients in sub-Antarctic and Antarctic environments. These organisms are crucial to maintaining water quality in these types of environment, and so far a total of 24 taxa have been identified, belonging to 17 families. The life cycles of two of the species identified – the jején (Gigantodax rufescens) and the winged Antarctic midge (Parochlus steinenii) – are particularly sensitive to changes in temperature and habitat, which makes them valuable climate change indicators within the freshwater communities of sub-Antarctic and Antarctic environments. The objective of the program is to support conservation of the region’s freshwater ecosystems, and this has involved creation of a communication program that makes use of professional photography and reflection on experience to do with underwater invertebrates, their habitats and their behavior.

This program was launched in 2002 based on the concept of sustainable and ethical tourism, and places particular emphasis on small living things or communities which tend to go unnoticed by most people. Cape Horn is a global biodiversity hotspot for lichen, moss and liverwort microflora, and it has been calculated that more than 5% of the world’s bryophytes exist in a region that covers less than 0.01% of the Earth’s surface. The program seeks to reveal these tiny inhabitants and the sub-Antarctic forests through the metaphor of ecotourism with a hand lens, inviting visitors to the Omora Park to observe them along specially designed circuits through the park: Bosques en Miniatura, bosques más australes del planeta (Miniature Forests: the southernmost forests of the planet) and Habitantes sumergidos bajo los ríos de Cabo de Hornos (Underwater Inhabitants of the rivers of Cape Horn). The program also provides training for local tourist guides with a view to creating a source of sustainable income for the community, and represents a partnership between science and the local tourism industry which aims to diversify and strengthen the region’s tourism offering. This model has great potential for growth and application in other parts of the country. 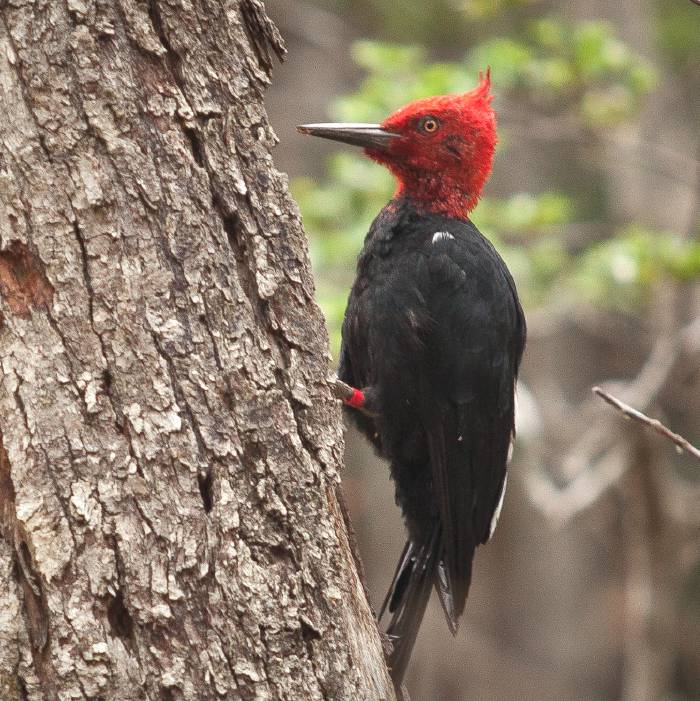 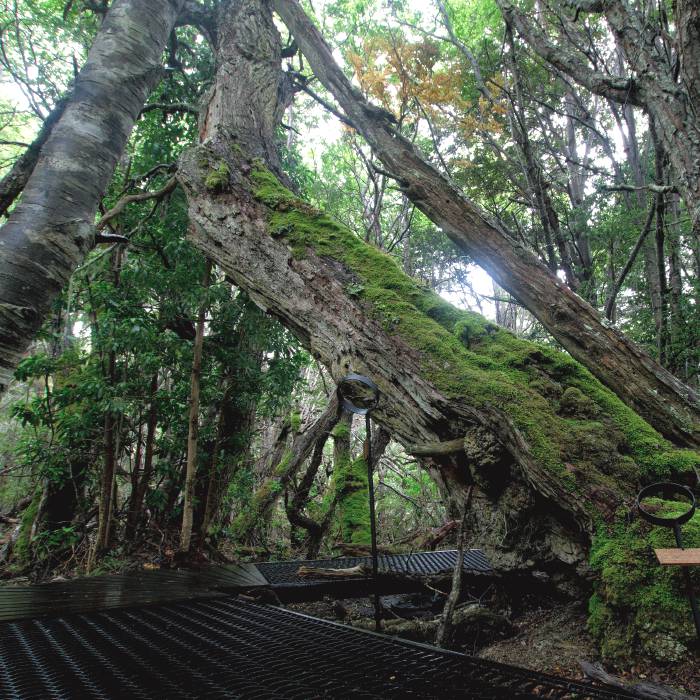 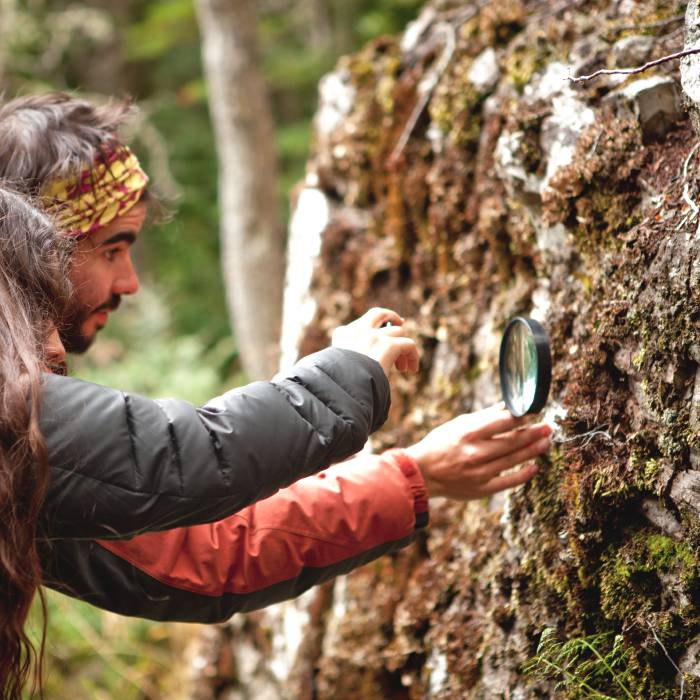 Omora, ecotourism with a hand lens

Omora, ecotourism with a hand lens